Everybody loves movies. For almost every movie you’ve ever seen, a team of dozens (if not hundreds or even thousands) of people had to work together to make the film what it is. One of the most important positions on a film set is that of the cinematographer. Often referred to as the director of photography (DP), the cinematographer is the head of the camera department. They are responsible for creating all 24 images that pass by each second. If this sounds like something you’d be interested in, check out this list of the essential tools for every beginner cinematographer.

One of the most basic tools that every cinematographer has in their possession on every set is a light measurement tool. These tools take in light from any source and tell you exactly how much is being put out. These tools give you an idea of what your aperture and ISO need to be set to in order to correctly expose your image. Using a built-in or external monitor can be somewhat misleading, as light is being used to illuminate the image on the screen, but it may not accurately represent how your image truly looks. By using a light meter, you can be sure your image is of the highest possible quality.

Gloves are going to come in handy much more often than you might realize. Their primary function is to handle lights, which can become so hot that they can cause second-degree burns if not handled properly. However, gloves can come in handy in many other situations. If you’re shooting in a remote area that needs brush cleared or if you’re having trouble keeping a steady grip on your camera rig, gloves can prove beneficial. Without your gloves, there is simply no safe way to move or put away your lights after you’ve started shooting. Your only other option would be to just let them cool down, which can take up to an hour, depending on the power of the bulb inside the metal light.

A simple point-and-shoot camera will do. You’ll want to make sure you have this tool so you can check your composition and try out different camera settings. While you’re not going to get nearly as good an image as you will with your DSLR or cinema camera, you should get a pretty good idea of what your final image will look like in terms of composition, which is arguably the most important aspect. You can also use this camera to capture behind-the-scenes stills that can be used for social media. All of these benefits make a second camera one of the most essential tools for every beginner cinematographer. 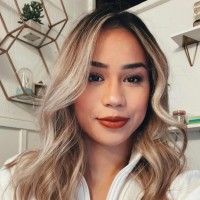